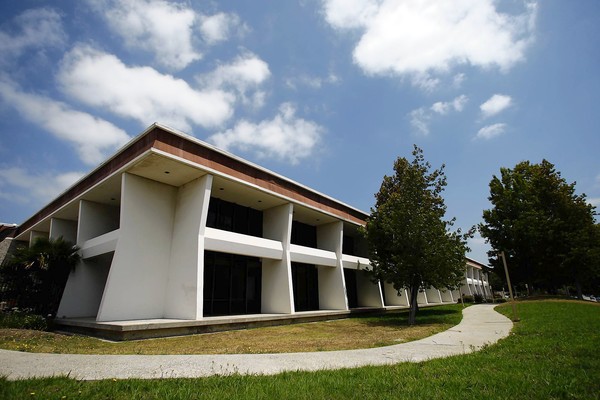 A well-known former post office distribution center near Marina del Rey has sold for nearly $44 million to investors who intend to turn it into offices for tenants in creative fields.

The 20-acre property across Jefferson Boulevard from Playa Vista was developed in 1971 to be an electronics manufacturing plant and most recently served as a major U.S. Postal Service center for the Westside of Los Angeles.

“We’re planning a substantial remodel of the core and shell,” Worthe said, “with the design focused toward firms that want creative space.”

Renovations will cost about $25 million and be completed early next year, Worthe said.

The Westside is the region’s strongest office market, real estate brokerage Cushman & Wakefield said, and nontraditional “creative” space such as that found in converted industrial buildings is in shorter supply than standard office buildings.

Although the Jefferson Boulevard building sold for far less than the $76 million it commanded in 2006 during the last real estate boom, the property drew numerous bidders, said real estate broker Carl Muhlstein, a consultant on the deal arranged by investment banking company Eastdil Secured.

“We had an awful lot of interest in it because the vacancy factor for creative offices is probably close to half that of more traditional offices,” Muhlstein said. “It’s also one of the only redevelopment opportunities on the Westside that will allow for a campus environment with surface parking.”

The sprawling complex was built for Ampex Corp., a recording industry stalwart based in Redwood City, Calif. Ampex was a pioneer in audio and video recording, providing equipment for television, movies and the music industry. The company invented the first portable videotape recorder in 1967, but its round cassettes did not survive the format wars eventually won by the VHS magnetic taping system.

Home Depot Inc., which operates a store next door, bought the former Ampex plant from the U.S. Postal Service for $76 million in 2006, according to DataQuick. Developer Lionstone Group later acquired the property and signed advertising agency Rubin Postaer & Associates as a tenant in 2008, but financing challenges common at the time prevented the agency move from being completed, Worthe said.

Worthe Real Estate Group, which will be KCET-TV’s landlord when the station moves to Burbank next year, caters to the entertainment industry and owns Burbank Studios.

San Francisco-based Shorenstein is one of the Bay Area’s largest office landlords and this year acquired a historic Market Street furniture mart that will become home to Twitter and other tenants.